The Scottish Dirk was a direct descendent of the Medieval ballock dagger. The grip form began to change, probably sometime in the late 16th century, but soon developed a form that was purely Scottish. For those with a serious interest in the Highlands, a Scottish dagger or Scottish dirk is a must for any collection. Scottish daggers have inscriptions on their ornate hilts and handles that are made of box wood. Scottish daggers are like a work of art but beware they are still a true dagger used for stabbing.
View Compare List
Sort by 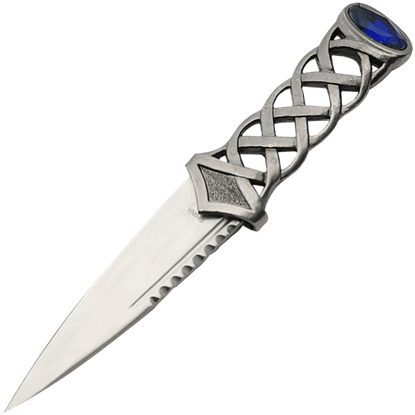 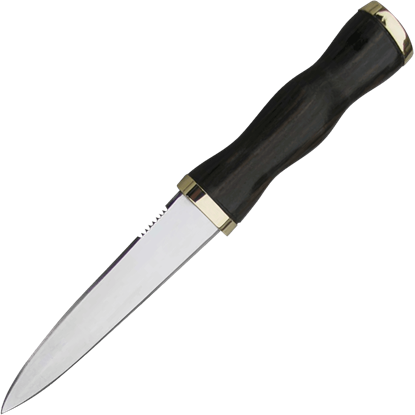 Item # ED2209
The traditional Scottish dagger, this personal 6.5 inch long knife is small enough to be worn tucked away in a sock or boot for easy retrieval and use. The Sgian Dubh is made of Ebony wood and brass handle and comes complete with sheath.
$26.75 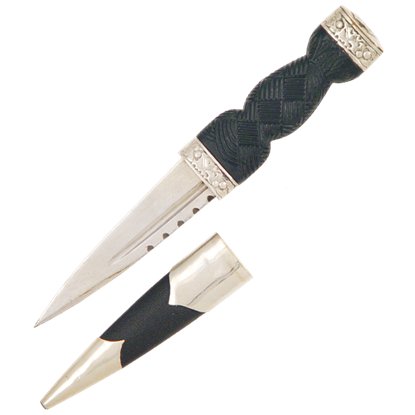 Item # SNB11
This sgian dubh is a beautiful dagger that is very functional. This Sgian Dubh features a high quality, file-worked carbon steel blade, a black leather-wrapped scabbard, and a traditional basket weave pattern on the handle.
$45.00 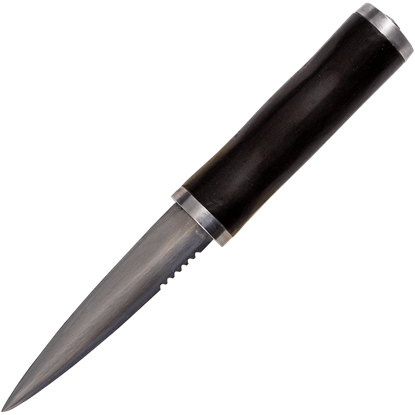 Item # IP-006-2
The Sgian Dubh is a ceremonial dagger that is traditionally worn as a part of Scottish Highland dress along with a kilt. Historically, the Sgian Dubh was considered a secret weapon, which is one possible meaning behind its name.
$35.00 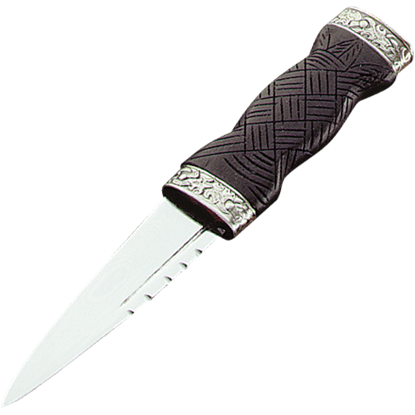 Item # 400910
A Scottish tradition, the original sgian dubhs were frequently worn under the shirt close to the armpit. Now it is traditional for the Sgian Dubh to be worn in the stocking, and the knife is frequently called a stocking dirk.
$40.00

Item # MC-HK-26083BN
In the far-off days of antiquated Scotland, it was typically unsafe to go anywhere completely unarmed, and thus the Black Sgian Dubh had its place in society as a hidden weapon, to be kept at all times in case of attack.
$18.00 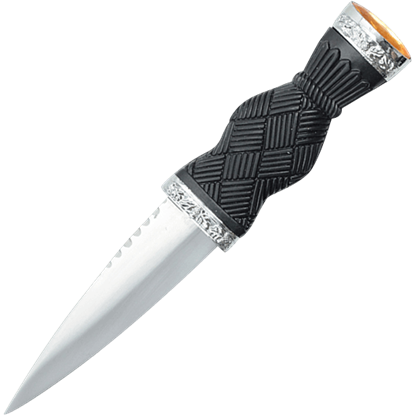 Item # NP-H-112-PYL
An iconic piece of any Scotsmans ensemble, the Yellow Gem Cross-Hatch Sgian Dubh is modeled after the traditional dirk used by Highlanders in eras past. Silvery Scottish thistle patterns and a yellow gemstone detail the replica knife.
$8.50 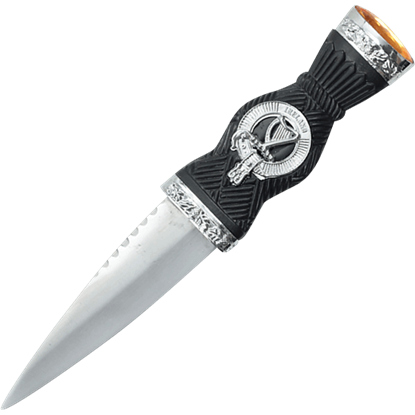 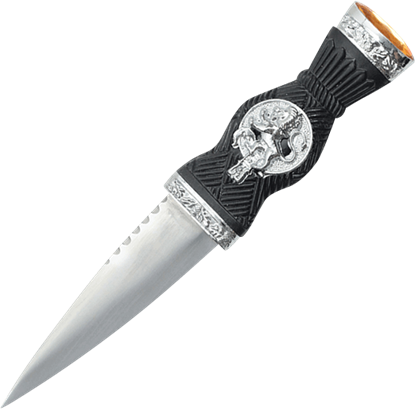 Item # NP-H-112-LNYL
With the rampant lion of the Royal Banner decorating its hilt, the Yellow Gem Lion Sgian Dubh is a stately and stylish take on traditional Scottish weaponry. This stainless steel blade is inspired by historical Highlander dirks.
$8.50 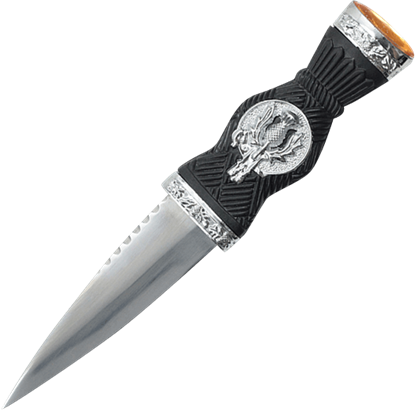 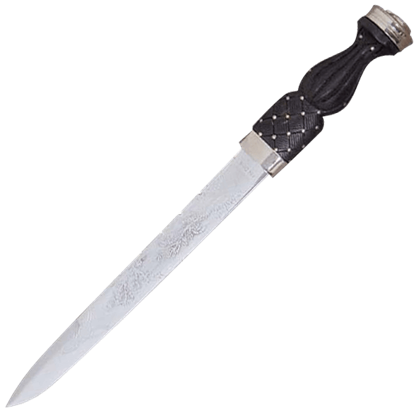 Item # ZS-231222
Based on the ballock dagger, the Scottish dirk proved lethal in the adept hands of a Highlander. As the lands became more peaceful, blades like the Ceremonial Scottish Dirk became an essential part of traditional Highland attire.
$49.90 $44.91