The heroes, deities, and historical figures of ancient Rome can be welcomed into your home when you shop our Roman statues and collectibles category. Here you will find all our high quality statues, busts, wall decor, and more featuring the gods, goddesses, heroes, emperors, and soldiers of Roman history and legend. We carry cast bronze statues of Fortuna as well as Roman chariot statues and statues of famous figures like Julius Caesar here. Our statues come in a range of sizes and finishes, some brightly colored and painted by hand while others have hand finished metallic tones. For those interested in Roman history or mythology, as well as those simply looking for an impressive addition to collections and home decor, our variety of Roman statues and collectibles simply cannot be beat!

Item # WU-1436
You could use a subtle accent like the Roman Centurion on Horseback Statue to redefine your current motif. This unique model captures the spirit of the Roman Empire and creates a lively decoration for your home or office.
$58.00 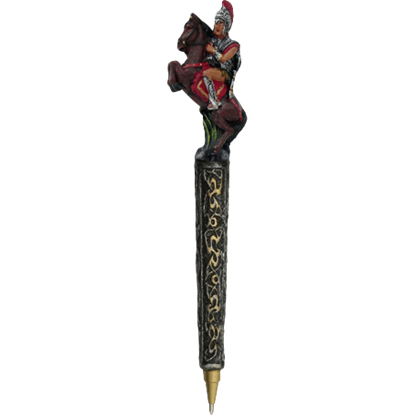 Item # CC10800
Off to command the legions to victory for the glory of the Roman Empire, a Roman warrior tops this unique writing utensil. The Roman Centurion Pen allows you to show your passion for the rich history of the classical era.
$6.50 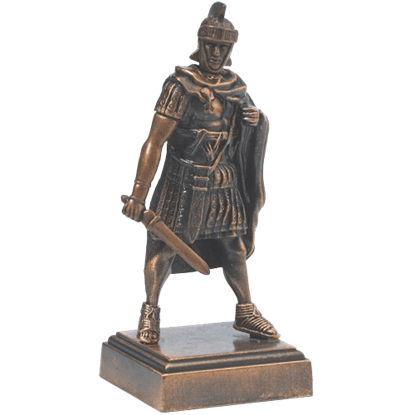 Item # WR-PSRC
This highly detailed Roman Centurion figure measures 3.7 inches tall and is made from a bronze effect metal. There is a pencil sharpener in the base that the Centurion stands on. A centurion was a professional officer of the Roman army.
$9.75 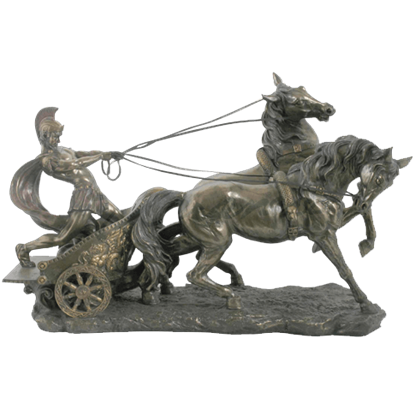 Item # WU-1409
Commemorate the action and danger of ancient Rome with the Roman Chariot Statue, which captures a scene of this deadly sport. Freshen up the look of a room with this replica that everyone will recognize when they enter your home.
$338.00 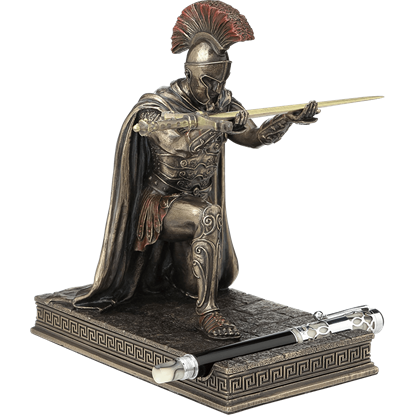 Item # WU-1979
Like vowing his allegiance or loyalty, this Roman commander offers up his sword. The Roman Commander Pen Holder with Letter Opener Sword is a highly detailed desk accessory for those who admire the might of ancient Roman warriors.
$48.00 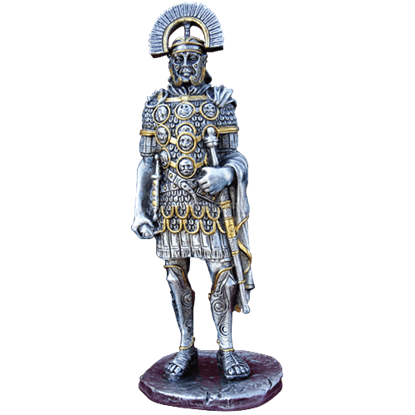 Item # TL-1585
The trials a Roman soldier had to go through to attain the status of commander were quite difficult. This Roman Commander Statue is made of silver plated pewter and depicts a Roman leader with a variety of ornate details.
$12.00 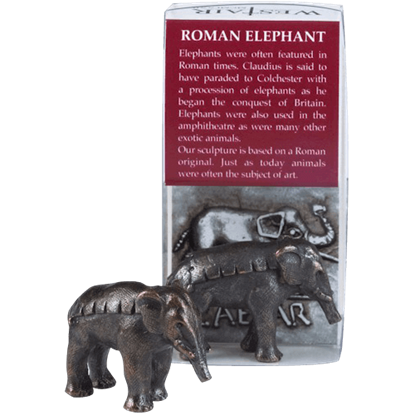 Item # WR-RE
Elephants were celebrated even during the Roman eras, as is seen by this impressive depiction of a Roman Elephant. This detailed sculpture comes in a clear acetate box, complete with an interesting historical information card.
$14.75 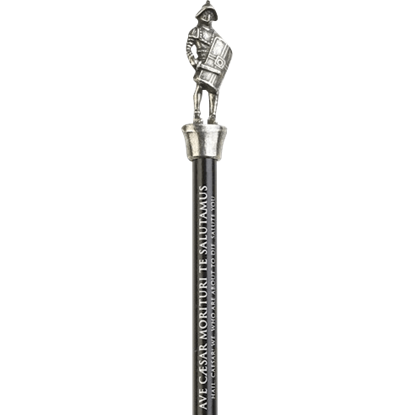 Item # WR-MINRPT
The military might of Rome enabled its empire to expand into one of the world powers of the Classical period. The Roman Figure Pencil Topper displays a detailed metal figure of a Roman soldier crafted from antiqued pewter.
$9.25 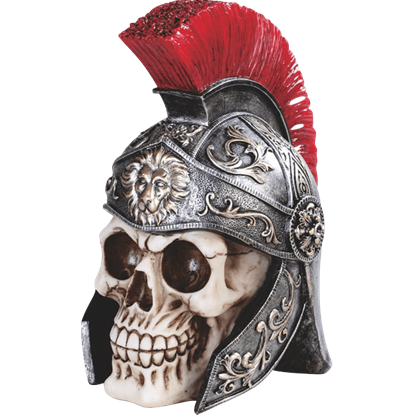 Item # 05-44105
Roman generals were easily seen in battle because of their helmets. The Roman General Skull Statue shows a general enjoying victory even in death. This statue makes a wonderful decor piece for a skull or Roman Empire enthusiast.
$29.00 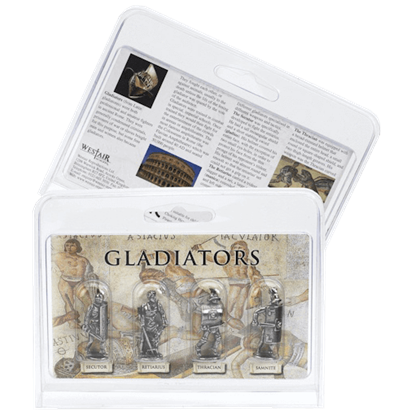 Item # WR-GP4
The set of four mini Gladiator figures includes a Secutor, a Retiarius, a Thracian, and a Samnite, each specializing in different weapons and tactics. Each detailed figure is approximately 1.6 inches tall and made from lead-free pewter.
$14.75 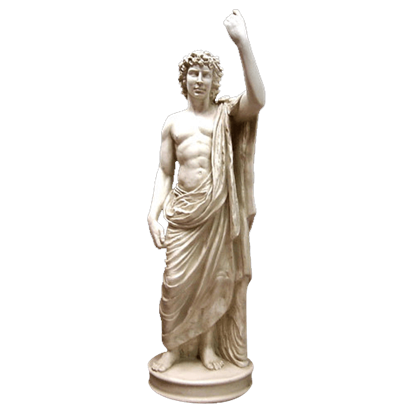 Item # OL-F9507
Bring classical inspiration to your outdoor decor with the Roman Leader Statue in your garden or on your patio. This classical outdoor sculpture is remarkably detailed, from the folds of the mans toga to his realistic facial features.
$1,600.00 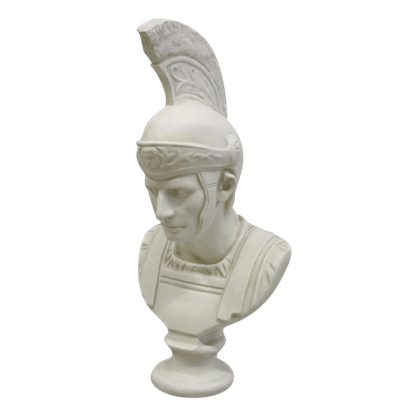 Item # OL-FDS123
The Roman Soldier with Helmet Bust brings austerity and pride to any outdoor display. This historical statue depicts the Roman warrior from helmet crest down to his chest, made of durable, lightweight fiberglass with a ceramic feel.
$320.00