Ideal for collecting and displaying in the smallest of places, our miniature figurines are fun and minute pieces of history. We offer a wide range of miniature figurines and miniature figure sets that are based on historical eras ranging from the days of Ancient Rome and Greece to the Renaissance and the Tudors. Check out all our miniature medieval soldiers and jousting knights here, as well as mini gladiator packs, miniature Celtic boars, miniature Viking figures, and mini Scottish soldiers. Many of these miniatures have impressive details and are made of lead-free pewter, making them great additions to collections, delightful accents to decor, and thoughtful gifts.
View Compare List
Sort by 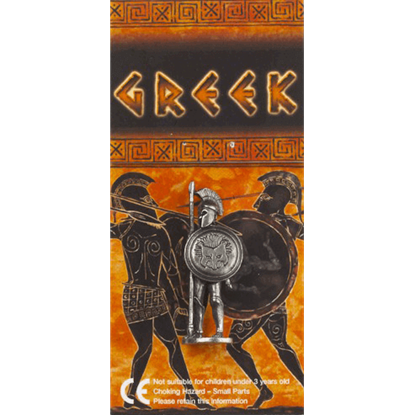 Item # WR-GWP1
Now for your collecting pleasure are these Single Greek Warrior Figures, which depict one of the many soldiers who fought in ancient Greece. Each figure is supplied on a colorful information card with historic details on the back.
$6.00 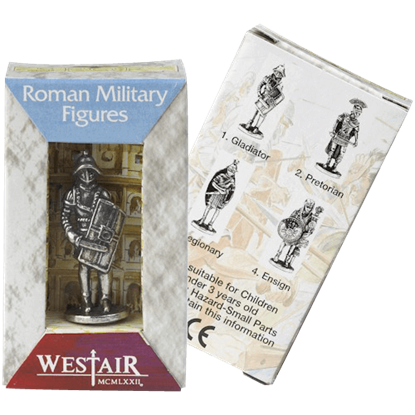 Item # WR-RP1
Held within this little box is a Single Roman Figure that depicts one of four warriors of the Roman era. Each figurine comes in a box which has a colorful image of the Colosseum on the front, and each of the figures on the back.
$6.00 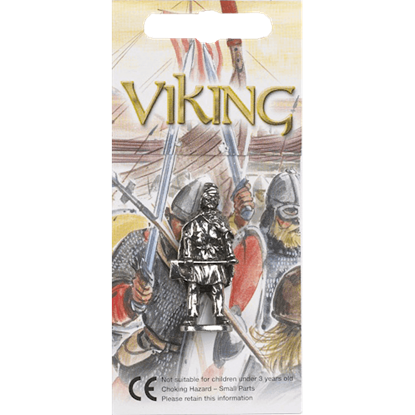 Item # WR-VP1
In spite of a seemingly nefarious reputation, the Vikings are respected even to this day as raiders and warriors. This Single Viking Figure captures the look of a Viking warrior in miniature, attached to an illustrated fact card.
$5.00 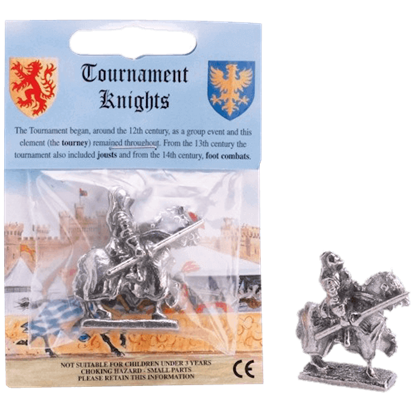 Item # WR-JKLS
Mounted atop his horse and holding a lance, this Tournament Knight C 1511 figurine looks ready to joust. This impressive figurine is supplied with a full-color card depicting a tournament scene, while featuring information on the back
$7.50 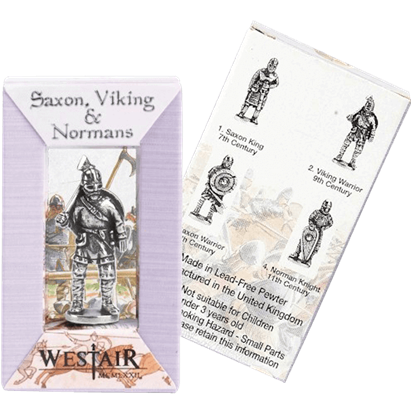 Item # WR-NP1VW
Accurately depicting a classic and well-known warrior from history, this Viking Warrior Figure truly is a tiny yet impressive collectible. It comes in a full-color box, which features pictures of the full collection on the reverse.
$5.00 $4.50