Join the legions of the undead when you step out into the night wearing one of our mens zombie costumes! We offer an incredible selection of mens zombie costumes here, ranging from horrifyingly gory to humorous takes on the lifestyles of the undead. Check out mens undead zombie costumes that portray the zombified still in the garb of their former occupation, such as undead zombie hazmat workers, zombie soldiers, zombie doctors, zombie knights, zombie chefs, and even zombie pirates. Our undead costumes for men are ideal for your next zombie walk, Halloween party, or other thematically appropriate special event, so be sure to stock up on all our delightfully grim and gory zombie costume styles for men here. 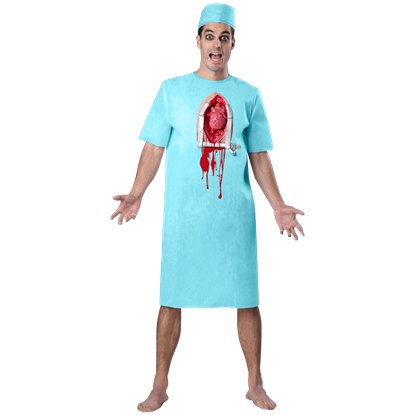 Item # IN-E12005
On a night that celebrates dark magic and otherworldly creatures, strange incidents always occur. With the Adult Open Heart Horror Costume, the undead patient proves that nothing is worse than waking up on the operating table.
$25.50 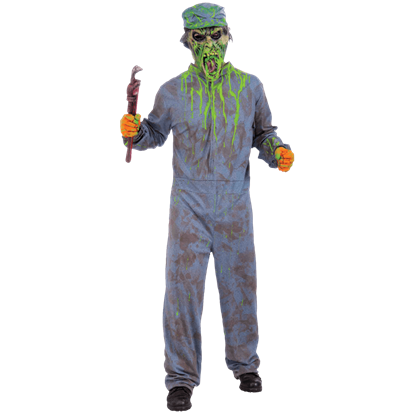 Item # FM-68755
This zombified janitor has seen better days. In fact, anyone wearing this Biohazard Zombie Janitor Costume will look like an impressive zombie that is ready to give up on fixing and cleaning in order to embrace total zombification.
$60.00 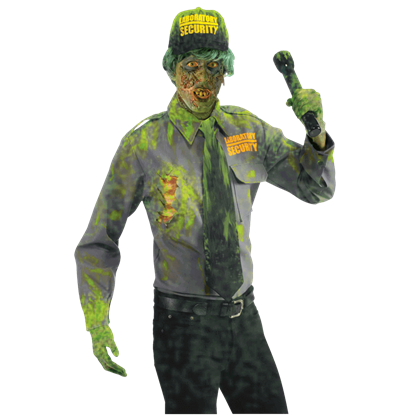 Item # FM-68707
Some of the first zombies you will see will wear white coats from laboratories or hospitals. You will also see security guards, and now you can be one of those first zombies in your Biohazard Zombie Security Guard Costume!
$35.00 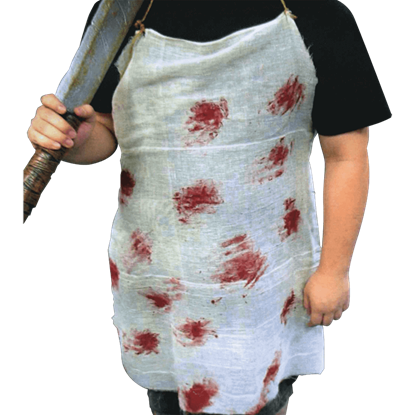 Item # FM-65167
Is that human blood, zombie blood, or animal blood? You will never know. The Bloody Apron looks like it could have belonged to a butcher before the zombie outbreak. But now, it looks like it could belong to a flesh-eating zombie.
$2.00 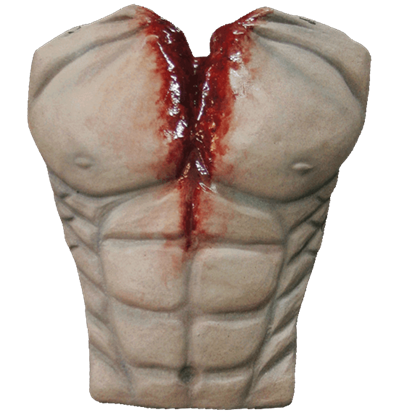 Item # HS-27041
Wearing this Bloody Chest piece will make you look as though you just suffered some sort of terrible, life-threatening wound. Blood seems to seep from the ragged edges of the gash that runs down the center of this well-sculpted chest.
$32.00 $28.80 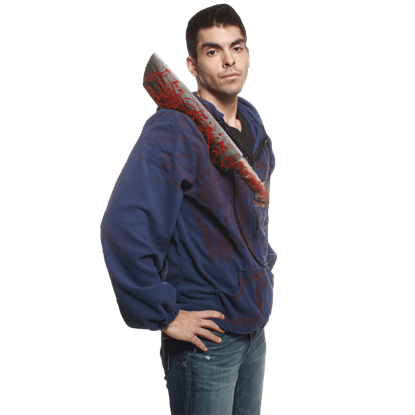 Item # MB-M36862
The machete is a classic weapon of horror, for both the good and bad guys. In the Bloody Machete Hoodie, you will look like you ran afoul of one of the latter and wound up acting as a living sheath for that bad guys blade of choice.
$25.00 $17.50 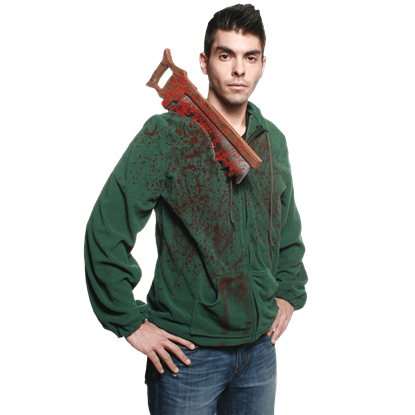 Item # MB-M36863
Was it an accident or a brutal attack? Either way, wearing the Hand Saw Hoodie sure looks like a painful experience, given that this zip-up hoodie creates the look of having a hand saw embedded into your shoulder blade.
$25.00 $17.50 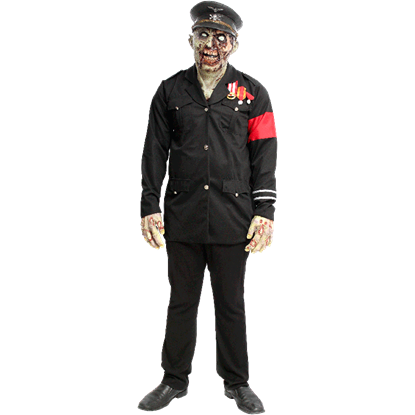 Item # HS-25274
In May 1935, Hitler reintroduced the German Army as the Wehrmacht. A soldier of the Heer, the land force of its 36 divisions, answers the call of his country, rising from the grave to defend his homeland in the Heer Zombie Costume!
$115.00 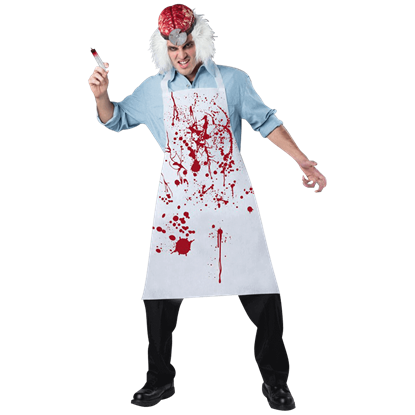 Item # IN-E12003
This kind physician may be volunteering his time, offering free physicals to all, but only the insane would take him up on the offer. The Mad Doctor Costume Kit is sure to send hospital residents into a horrified panic this Halloween.
$29.00 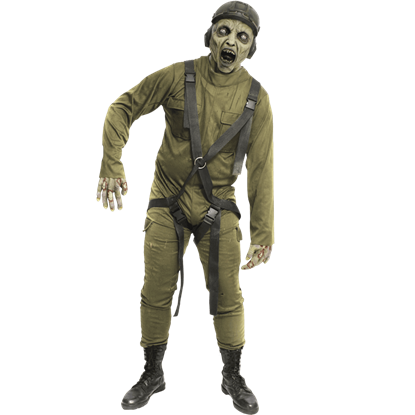 Item # HS-25273
The first and second world wars brought on a whole new meaning to war fatalities. Brought back to life using high-quality materials, the zombie soldier in the Mayday Undead Pilot Costume seeks to finish his mission once and for all.
$91.00 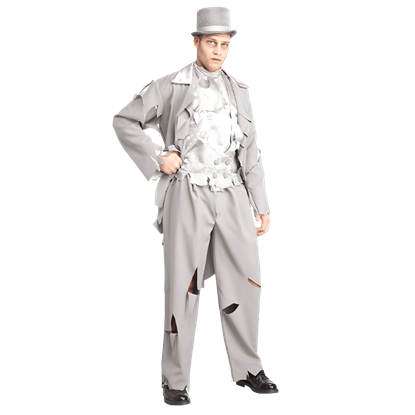 Item # RC-888288
Our Mens Dead Medieval Groom Costume is a must have if you are planning a Halloween wedding. The costume includes the jacket with shirt front and pants. This costume is perfect for any medieval parties, ren fairs and Halloween.
$22.50 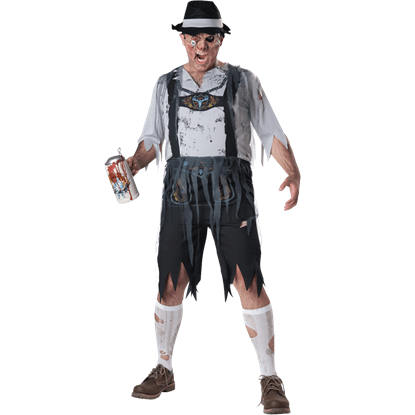 Item # IN-15020
When fall arrives, some people dust off their lederhosen and prepare for Oktoberfest. Yet when zombies arise, this festival will become a feast for new zombies, all wearing something like the Mens OktoberFEAST Plus Size Costume!
$42.00