Not everyone in the Middle Ages was royalty. Most people were peasants. But that does not mean their roles were not important. As peasants made up a massive part of medieval society, their livelihoods and character types were quite diverse. We carry a wide range of styles here in our mens peasant clothing section, and much of it is versatile enough to work for most any look. Shop peasant tunics, lace-up shirts, canvas peasant jerkins, and mens peasant pants here that can help form the base of an incredible range of medieval, Renaissance, or even fantasy looks. Shop here for all our mens historical clothing fit for medieval peasants.
View Compare List
Sort by 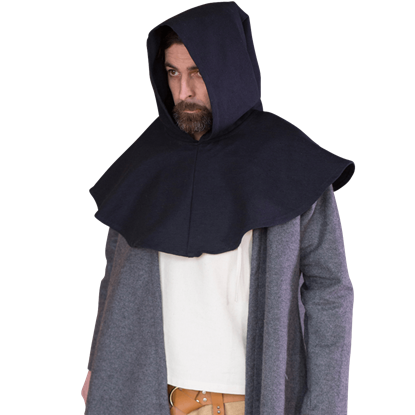 Item # BG-1046
One of the most popular items of clothing from the Middle Ages was the cowl. It was worn by farmers in their fields, peasants in the market, bards, and priests. The Medieval Gugel recreates the classic medieval cowl in authentic detail.
$28.78 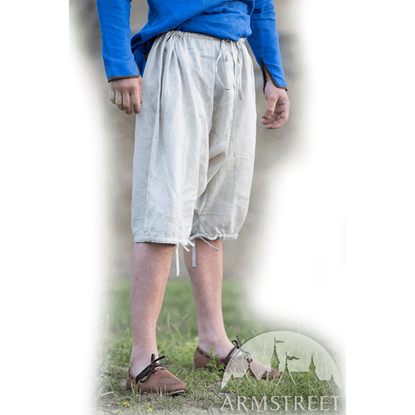 Item # AM-1017
Braies were the medieval version of mens underwear and best resemble todays boxers. The Medieval Mens Braies add a more historically accurate touch to your costume. Add them to your reenactment, Renaissance faire, or LARP ensemble.
$56.00 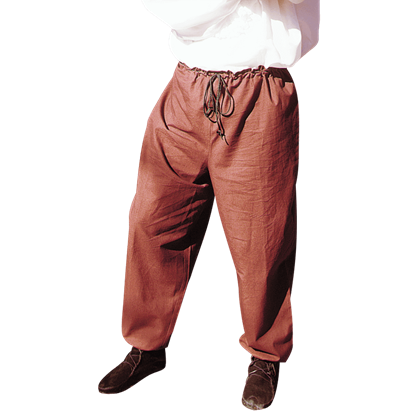 Item # 100274
A very breathable material, so these Medieval Mens Pants are even good in summer! Wear them loose, wrap the legs with cord, or stuff them in your boots, these pants go with most period outfits.
$45.00 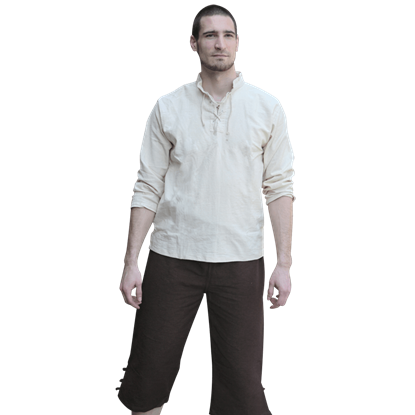 Item # BG-1003
When people think of the Middle Ages, they think of knights and noble battles. But the Seven Seas were also rife with strife. The Medieval Pirate Shirt serves as a classy reminder that piracy predates the romanticized buccaneer.
$43.18 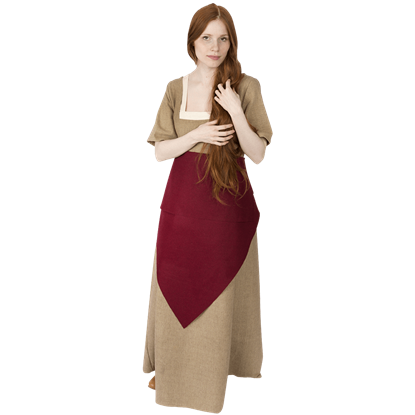 Item # BG-1088
Even in the Middle Ages, people were resourceful. Sometimes, a single piece of cloth could serve innumerable functions. With the Medieval Sash, you can add the epitome of versatility to your medieval or Renaissance ensemble.
$26.38 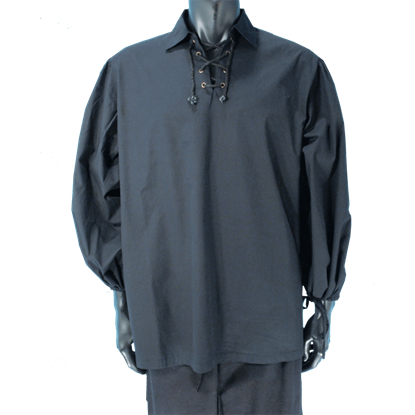 Item # MCI-2331
This shirt has the classic style you need for any period look, with a folded over collar, lace up front, and full sleeves. The sleeves also have ties at the cuff, so you can wear it with a full length sleeve or cinch it up at the elbow.
$32.00 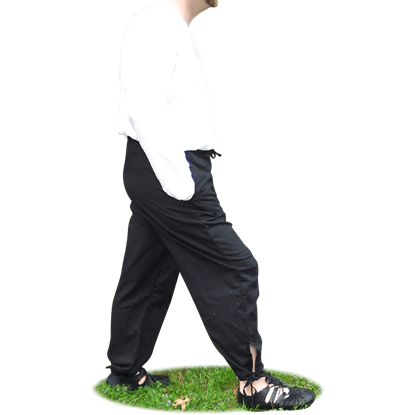 Item # SS-TREW
Trews are another name for Medieval Trousers. Our version are made of cotton and have a drawstring waist. They also tie at the bottom of the leg. You can wear them tied at the ankles or blouse them up and tie them at the knee.
$34.00 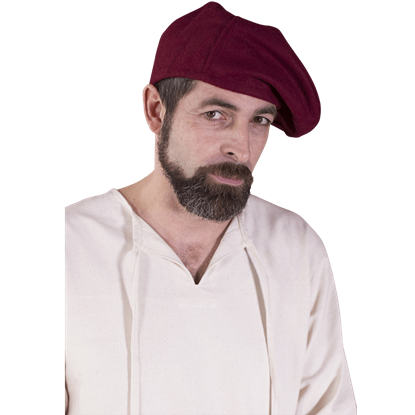 Item # BG-1052
When people think of the beret, they think of 20th-Century France, but the hat has actually been around since the Middle Ages and was popular throughout Europe. The Medieval Wool Beret replicates an early incarnation of this hat.
$22.78 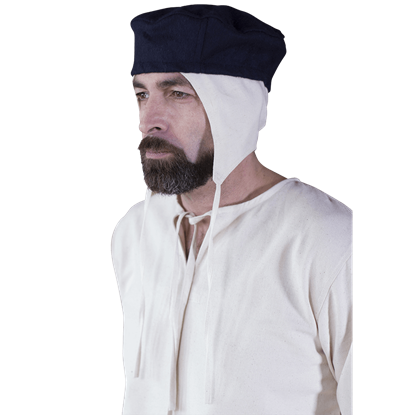 Item # BG-1051
Headgear has been around for as long as humans have known the cold. The Medieval Wool Cap replicates one of the earliest forms of hats, a traditional European cap that was popular throughout the Middle Ages and evolved into the sock hat.
$22.78 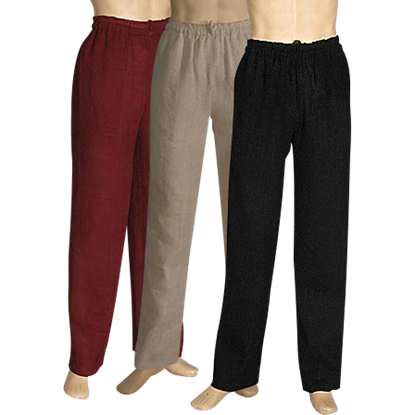 Item # MCI-290
These simple pants could not have a more apt name then the Men's Basic Medieval Pants. These pants feature something of a universal style, as they can be seamlessly used in virtually every form of medieval and renaissance style.
$49.00 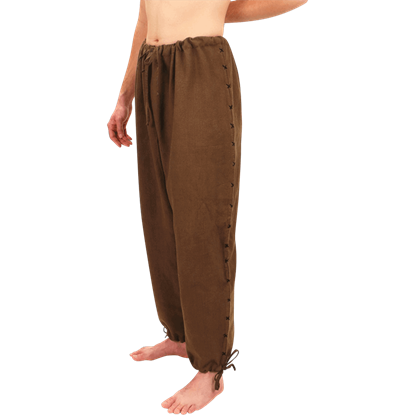 Item # 101710
Step into a fantasy realm inspired by medieval myth or take a historical stroll through the Renaissance in full style. A perfect fit for countless roles, the Mens Handwoven Drawstring Pants are an essential addition to your wardrobe.
$79.00 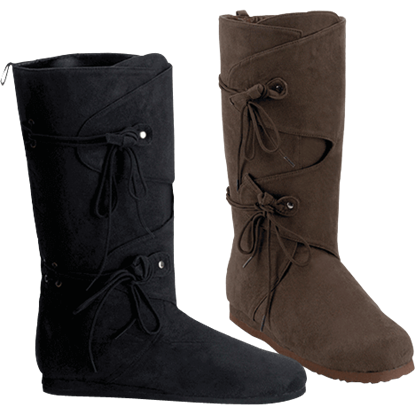 Item # FW2004
Our Mens Medieval High Boots come up to just below the knee with wraparound fronts that lace on the outer sides of the boot for closure. These boots fit with outfits from many eras, from Viking and Barbarian to Peasant and Medieval.
$60.00