The Hellenistic period played a major role in the development of the Western world, influencing warfare, science, language, politics, and the arts. Show your appreciation for the culture of Ancient Greece with our variety of Greek decor and Greek collectibles. Inspired by Greek mythology, literature, and history, our Greek statues include figures like Zeus, Athena, Socrates, Achilles, Hoplite soldiers, King Leonidas, Aristotle, and many more. Our Greek gifts and other merchandise extend even further with a selection of Greek keychains, pencil toppers, Grecian coin replicas, thimbles, and chess sets. Pick out a fantastic Greek plaque to hang on your wall, or show off a Greek end table in your home or office. History buffs and collectors are sure to appreciate the wide range of products you can find here! 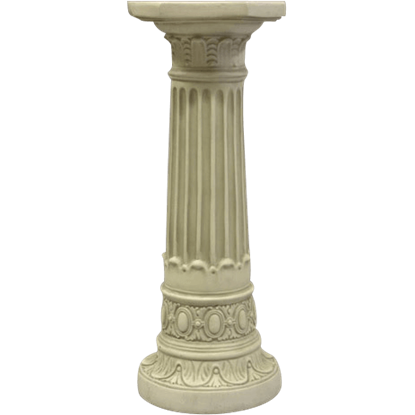 Item # OL-F195
Acanthus leaves were popular motifs in Greek and Roman architecture. The Stylized Acanthus Leaf Pedestal presents a unique take on the classical design, featuring artistic representations of the acanthus leaf at its base and capital.
$248.00 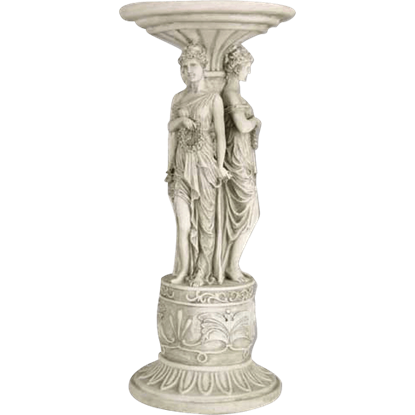 Item # OL-F7643-48A
The Tario Graces Pedestal features three remarkably detailed women surrounding the column of the pedestal and standing atop a wide, ornate base. Their realistically rendered robes drape elegantly over smooth shoulders and legs.
$170.00 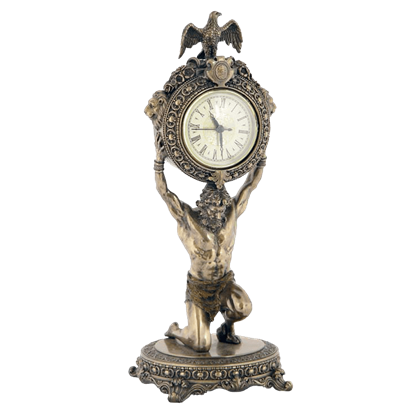 Item # WU-1199
You might say that the Greek Titan Atlas has had a lot of practice holding things up. He has spent a lot of time doing so. The Titan Atlas Clock echoes the punishment of the Titan by Zeus, only he holds aloft a clock instead of the sky.
$84.00 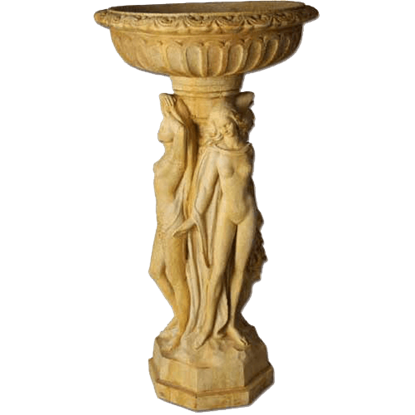 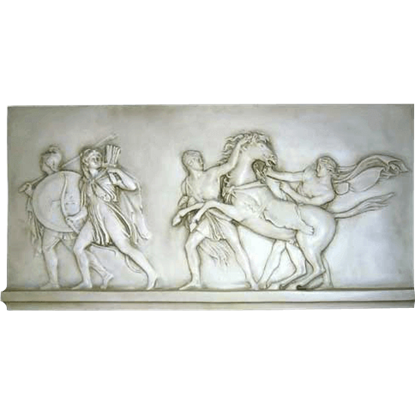 Item # OL-F323
Reminiscent of ancient art, the Warriors and Slaves Greek Wall Relief depicts two warriors armed for battle and two slaves trying to calm a horse. Add a classical touch to your home or garden decor with this Greek style wall plaque.
$600.00