The Rapier was popular in the late 16th and early 17th century. The rapier was a dueling weapon whose form was developed from cut and thrust swords. Its use was more brutal and forceful than the light sport fencing that we know of today. Originally, starting about 1470, any civilian sword was often referred to as simply a "rapier", but it quickly took on the meaning of a slender, civilian thrusting sword. There is also an English document from the 1500's that uses the term "rapier-sword" for advising courtiers how to be armed, indicating the understanding that there were new slender blades coming into civilian use. Eventually developing into an edgeless, ideal thrusting weapon, the quick, innovative rapier superseded the military cut and thrust sword for personal duel and urban self-defense. Being capable of making only limited lacerations, earlier varieties of the rapier are still often confused with the cut and thrust swords which gave gestation to their method. As a civilian weapon of urban self-defense, a true rapier was a tip-based thrusting sword that used stabbing and piercing, not slashing and cleaving. True rapier blades ranged from early flatter triangular blades to thicker, narrow hexagonal ones. Rapier hilts range from swept styles, to later dishes and cups. It had no true cutting edge such as with military swords for war.
View Compare List
Sort by 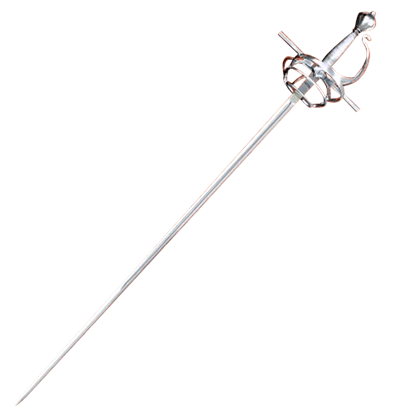 Item # 501227
A beautifully executed 17th Century rapier with a complex hilt and faceted pommel. The grip is hand wound with silver plated wire with woven wire rings, top and bottom. This type of sword was deadly effective as a dueling weapon.
$285.00 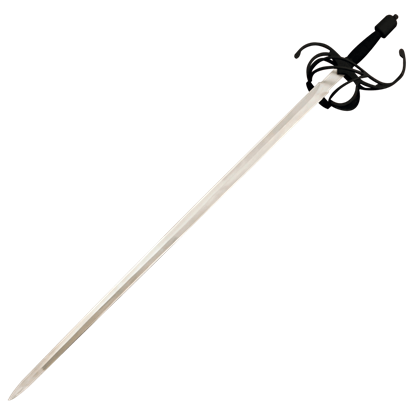 Item # AH-3421
A duelist needs a sword that excels at both offense and defense. This Blackened Swept Hilt Rapier, with its cut-and-thrust style blade, looks to be just that, while its blackened hilt confers a dark appeal to the look of this blade.
$158.00 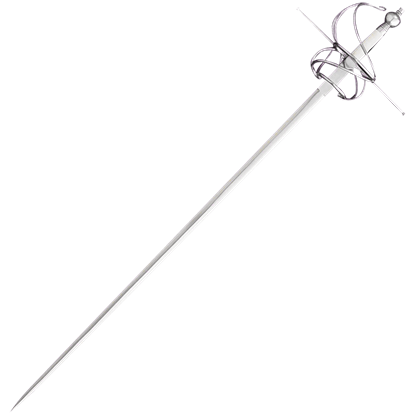 Item # 500094
The swept hilt rapier was quite popular in the late 16th and early 17th centuries. This Bone Grip Swept Hilt Rapier is hand forged and has a blade of high carbon steel. The diamond cross section provides firmness and flexibility.
$245.00 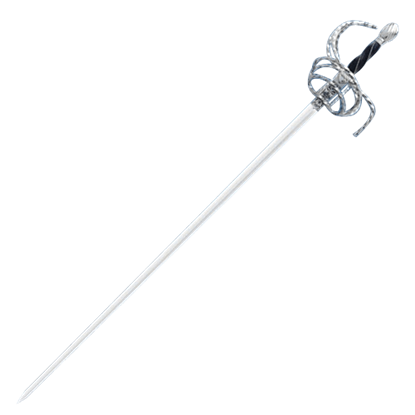 Item # 501409
The rapier is a classic evolution of the sword, changing as warriors began to favor finesse and skill over strength. This Brandenburg Rapier is equal parts form and function, possessing a dashing look and a blade fit for any swordsman.
$285.00 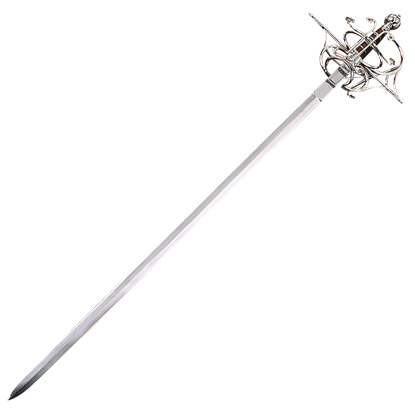 Item # AH-3340
Given that training with a sword became a formal part of a gentlemans education during the 16th and 17th centuries, sword duels began to flourish. This Brass Crown Basket Rapier is a design that depicts the style of swords in this era.
$180.00 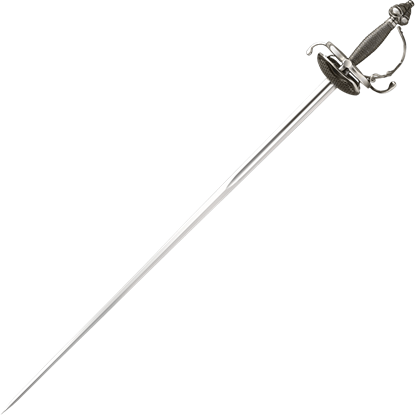 Item # 07-88FCR
A smaller, lighter, and faster version of the classic rapier, the Cavalier Rapier features a sharp, double-edged blade with a needle tip, allowing for more speed and agility. The dueling sword is crafted from 1055 carbon steel.
$800.00 $640.00 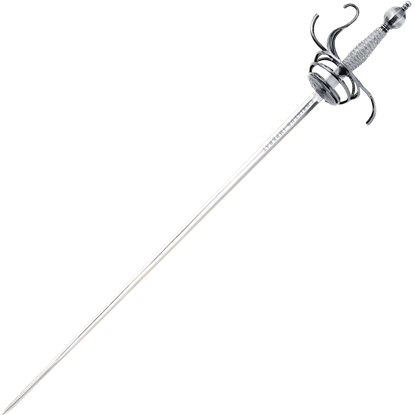 Item # 501471
A rapier of identical form and proportions to the Christus Imperat Rapier is housed in The Royal Armouries, formerly known as the Tower of London. The flamboyantly formed hilt is both beautiful and functional.
$295.00 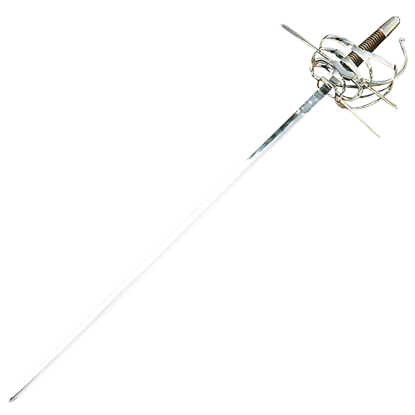 Item # AH-3321
For the most part, swordplay was solely the province of warriors in history. At least, that remained true until the 16th century, when swordplay became popular with civilians and swords like this Classical Swept Hilt Rapier became common.
$156.00 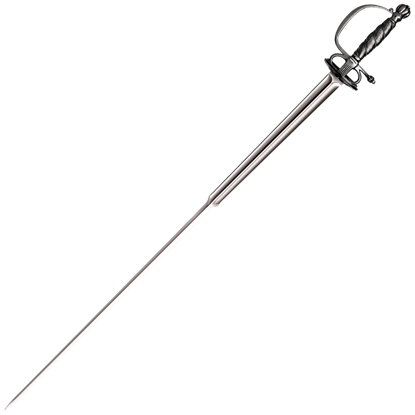 Item # 07-88CLMS
True to form, our Colichemarde Sword mirrors the Renaissance original with its extra-long, wide forte that abruptly tapers down to an acute point. The hilt features a decorative yet functional shell guard complete with finger loops.
$480.00 $384.00

Item # 500862
With its graceful, artistic lines, the rapier has always been a romantic symbol of the Renaissance. The reality is that the rapier is a deadly hand-to-hand combat weapon, perfectly suited for the swift duelists of the day.
$265.00 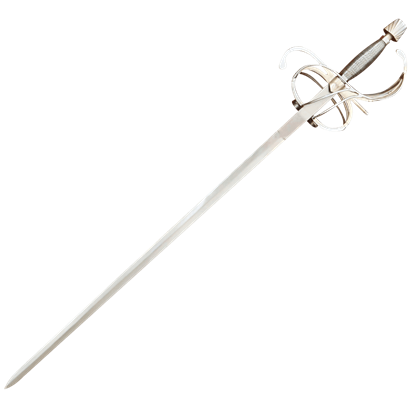 Item # AH-3405
As swords became lighter, carrying and fighting with one became popular among civilians. This Fencers Swept Hilt Rapier is one sword that a noble might have carried, as much for self-defense as a symbol of personal skill and prestige.
$158.00 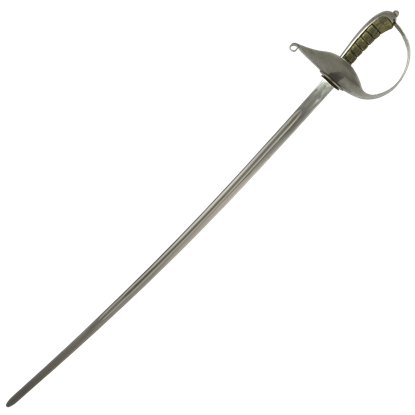 Item # SH2201
For those who enjoy the style of late 19th century Italian saber fencing, this Hutton Saber makes a fantastic companion to the practicing swordsman. This sword has a wonderful military style and looks great in training and onstage.
$170.00