The Flamberge is a French word that means Flamboyant. The Flamberge is a sword that is typically a rapier but a long sword as well. The Flamberge sword has a wavy blade that is to aid in parring or chopping up pikes or spears. The Flamberge is also called Flambards, large claymores and Flammards. The Flamberge sword is of Germanic or Swedish descent starting around the 13th century. The area between the hilt and blade on the Flamberge sword was used for thrusting much like a spear. Flamberge was also the name of a sword borne by Charlemagne and Renaud de Montauban. It was forged by the smith Galas, and was one of nine blades shattered by Olivier's sword, Hauteclere. The Flamberge looked fashionable as well as deadly because it was believed to inflict a painful deadly wound to an individual. Our Flamberge Swords can be used for display or for battle re-enactments, each reproduction is created to the specifications of the original. The dimensions and weight are accurate on every piece so you get a medieval weapon that is actually balanced and fun to hold instead of just pretty to look at. Medieval times were sometimes brutal, sometimes romantic, but always a source of intrigue. We invite you to share in the experience of an era past with our collection of Flamberge Swords. All our Flamberge Swords are expertly hand-crafted and authentic replicas! You can display them in your office, home or for Medieval Reenactments. 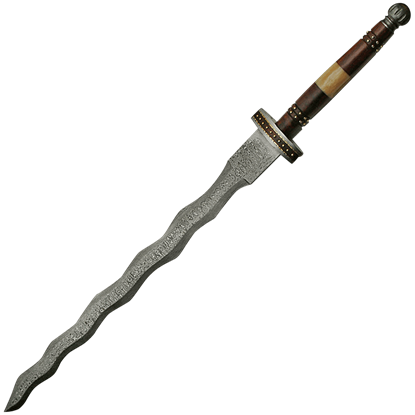 Item # ZS-DM-5011
The flamberge is an undulating blade reminiscent of waves or flames. This Flamberge Damascus Sword is a terrific sword for fantasy and cosplay outfits, as well as a conversation starter whenever you draw the blade from its sheath.
$149.90 $134.91

Item # ED2630
This handmade sword is not for the faint of heart, as Great Landsknecht Swords were wielded by only the strongest and most fearless chosen front line Swiss and German soldiers of the Middle Ages, and for good reason!
$663.25 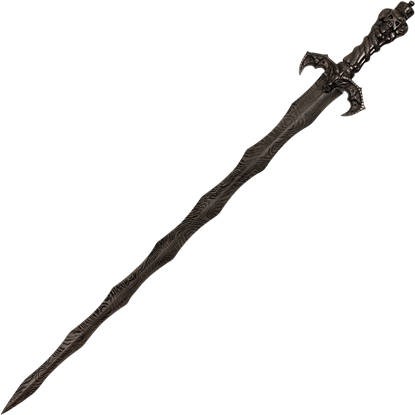 Item # NP-L-359
The shape and decoration that exists on the Skeleton King Flame Sword brings to mind the image of a dark, skeletal overlord clad in sundered armour, sitting on a throne made of dark metal as he waits for his time to attack the living.
$54.50 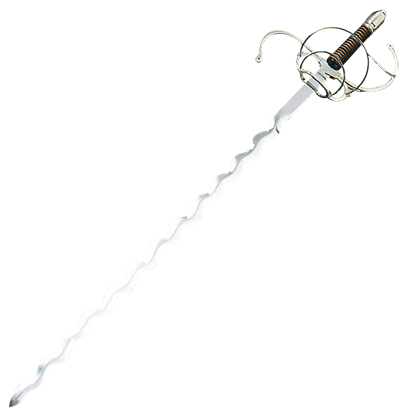 Item # AH-3322
Rapiers, like other swords in era, were subject to unique twists too. This Swept Hilt Flamberg Rapier, for instance, combines the classic hilt of the dueling sword with a thinner wave-blade borrowed from the zweihander.
$158.00